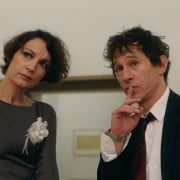 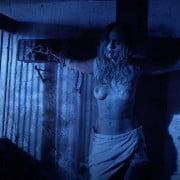 The sale comes as Reel Suspects’ “German Angst,” a horror triptych, has been selected for the Rotterdam Festival. Artsploitation aims to give “Horsehead” a limited theatrical release before its distribution on DVD and VOD.

From Starfix Productions – and associate produced by Lovadina – “Horsehead” has already been licensed by Reel Suspects to Canada (Black Fawn Distribution), South Korea (Lumix Media) and Taiwan (Moviecloud). Lovadina said he expected more sales to close at next month’s Berlinale.

Written by Basset and Karim Cheriguene, “Horsehead” turns on a girl, Jessica, who suffering graphic nightmares from childhood, and now studies the psychophysiology of dreams. When her grandmother dies, Jessica returns to the family home, where her grandmother’s body is placed in the adjoining room.

Running a high fever, she attempts to experiment with lucid dreaming – from which some people never recover – so as to control her nightmares and confront the evil that has haunted her and her family house: An evil horse-headed monster. Gradually the boundary between dreams and reality blurs.

“’Horsehead’ is a very stylish, clever and powerful first-time feature, in the line of the ‘giallo’ movies of Dario Argento and Lucio Fulci, but integrating imagery in a world which the director has made his own,” said Lovadina.

“I am very happy to be working again with Artspoitation, whose great team is passionate and devoted to films, as they already proved with our previous title, ‘Vanishing Waves,’” Lovadina told Variety.

He addeds: “Horsehead’ is our cross-over star of 2014-15, arthouse genre, which we are used to selling from Reel Suspects’ beginnings. The power of those films, where the author has something to say, is that they can attract both arthouse niche and genre audiences, festivals are really supportive on this type of title, and foreign horror can generate nice numbers on VOD in the U.S.”

Tales turn on love, horror and sex in Berlin: In Buttgereit’s “Final Girl,” a young girl lives alone in a dirty apartment, save for her guinea pig and a man, which is bound and gagged; Kosakowski’s ”Make a Wish” has hooligans attacking a young deaf-mute couple, who fight back using a powerful talisman; a man is promised the ultimate sexual experience, taking a Mandragora plant drug, which has terrible side effects in Marschall’s “Alraune.”

Rotterdam is “the perfect platform to launch the film, the audience will be surprised and shocked,” Lovadina said. The film will make its market premiere at Berlin’s European Film Market, is highly anticipated and a web buzz title,” he added.