2017 UniFrance Rendez-Vous a platform for a clutch of thrillers, genre movies from a new generation of filmmakers

In volume, they do not represent the most numerous film type at that market; that crown belongs to comedies, accounting for 32 of the 76 movies screening there. But some of the crime thrillers are among the best-reviewed films at Rendez-Vous.

“Who doesn’t love a good sociopath? In novelist-director Sébastien Marnier’s feature debut “Faultless,” he conjures up a doozy,” Variety wrote, calling “The Eavesdropper” (aka “Scribe”) “a timely political thriller told with flair” and “Wulu” “an auspicious debut.”

These suspense titles are joined at the Rendez-Vous by “Seuls” (“Alone”), a bold departure for French cinema, a fantasy teen survival thriller from “IT Boy” director David Moreau, and “Toril,” Laurent Tessier’s rural drug-trade thriller.

Though the number of such titles out of the 200-plus features France produces each year is not huge, it does suggest that genre, especially crime thrillers, one of the country’s greatest film traditions, is making a niche comeback.

“‘Raw’ is a masterpiece. There are great young filmmakers with a strong viewpoints and vigorous takes on the genre,” Kruithof said.

The comeback comes thanks to an exciting new generation of directors, producers and sales agents now linked with some of France’s top players – Gaumont, Wild Bunch, Haut et Court – and is in spite of often adverse market and funding conditions.

Made 50 to 80 years after Marcel Carné, Henri-Georges Cluzot and Jean-Pierre Melville were at the top of their game, this new wave naturally moves the tradition on. The trio of Cannes standouts were all directed by women, conspicuously absent from the good and great of French policiers, film noir, heist and gangster movies of the past.

France’s new thriller wave is often set in timely contemporary contexts. “The Eavesdropper,” Kruithof’s feature debut sold at the Rendez-Vous by WTFilms, unspools during the buildup to to presidential elections in France. It stars François Cluzet as a mild-mannered bookkeeper hired by a shadowy head of a political espionage network working for a populist far-right politician who aims to make France great again.

“Alone,” though reminiscent of U.S. ’80s teens movies, features a gaggle of fast-talking French teens, and a new French cityscape of hypermarkets, highways and plush hotels.

“Wulu,” produced by and sold at the Rendez-Vous by Indie Sales, charts the inexorable rise of a sharp-witted Malian from bus driver to drug-courier kingpin. It has been called a Malian “Scarface.” But unlike Pacino’s character, “Wulu’s” anti-hero is always unhappy. He earns enough cash to buy a villa and hobnob with rich, but loses his soul.

Genre in France is a push phenomenon, supported often passionately by a new generation of directors, few of them older than 40.  The movies reveal some largely unknown young directors in command of their craft and able to elicit tremendous performances from their star leads.

Horror’s status in France is a “disaster,” says Matteo Lovadino at Reel Suspects, a Paris-based sales agency specializing in genre and fantastic cinema. Institutions steer clear of financing straightforward genre both in production and distribution, he said, citing the case of Lithuania’s “Vanishing Waves,” which did not receive French state support for theatrical distribution in France. Straightforward horror genre cannot play primetime free-to-air genre – though thrillers and sci-fi titles have more of a chance – which reduces revenue opportunities for their distributors, he added.

“There was a wave of great genre directors. But Aja and that generation realized they couldn’t make those [films] in France. Most left for the States,” Gregory Chamber at WTFilms recalled. “Now there’s a new wave of directors trying to get back to genre.”

The question is what business models France’s new genre practitioners can adopt, allowing directors to grow their careers with ever most ambitious projects.

One is to attempt to open up to new audiences. In “A Perfect Man,” a blocked writer played by Pierre Niney claims authorship of a novel left behind by a dead man. The movie brought in “a younger, more female crowd,” said Thibault Gast at 24 25 Films, producer of “A Perfect Man” and “The Eavesdropper.”

Another strategy is to rack up international sales. “The Eavesdropper” has sold to Japan (At Entertainment), the U.K. (Arrow), Latin America (California), Spain (A Contracorriente Films), Italy (Europictures), Scandinavia (Njuta), Switzerland (JMH), Canada (TVA) and multiple other territories.

Financing can also be structured to avoid depending totally on the French market. Vixens aims to produce three genre movies a year, said co-founder-producer Gary Farkas: one shot in English in the U.S. and co-financed by U.S. equity, such as David Raboy’s upcoming “The Giant”;  European co-productions, such as “Housewife,” co-produced with Turkey and Denmark’s Space Rocket Nation; and French features, but which are “genre/art films with a strong message,” such as “Un Prince.”

Farkas said “Un Prince” is a crime drama in the vein of “A Most Violent Year” and Jacques Audiard’s 2005 “The Beat That My Heart Skipped.”

24 25 Films and WY Prods, the companies behind “A Perfect Man,” are teaming with Gaumont to produce “Burn Out,” the second feature from from “Man’s” Yann Gozlan. WTFilms and Haut et Court are joining forces for zombie movie “The Night.”

It only takes one or two films to reverse a trend, the saying goes. Genre, thrillers traditionally play well on VOD.

“Business is changing a lot. All bets are off, in a way. It’s more difficult to know what will work or not. So people are open to taking more risks again,” said Chambet. 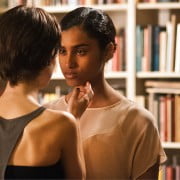 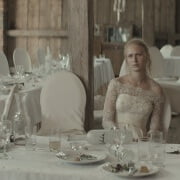 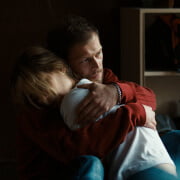 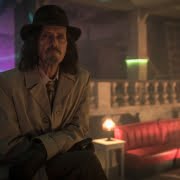 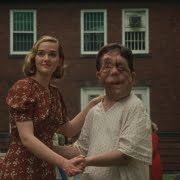